From Intolerance to Tolerance

At university, my Cultural Debates professor once mentioned that we should learn the skill of accepting others who have a different opinion from ours, without wanting to kill them. This point struck me hard. I too have had difficulty in not judging others for holding a different worldview than mine. This is a vital life lesson for all and sundry, given the current state of affairs in the world.

It’s amazing that human beings have come up with a hundred ways to spot differences amongst each other. Thus, consciously and unconsciously, we create this huge barrier that gives rise to ‘I’ and the ‘other’. In fact, the ‘I’ that we think we are is defined by how ‘I’ am not ‘you’; hence ‘I’ am a separate entity, who is either better than you or lesser than you. If you are not like me, then you are the Other. If you do not look like me, think like me, nor have the same values and opinions, beliefs, and background as of mine, you are different, you are suspicious, you are potentially dangerous and a threat to me and what I hold dear. I and you lead to unnecessary comparisons, complaints, criticism, and that touchy subject called privilege. Our human history is rife with many forms of discrimination — based on age, race, caste, class, color, nationality, ethnicity, gender, sexual orientation, religious or political beliefs, ability, physical appearance, etc. — as a direct result of fearing the Other.

Why should I accept the Other?

That’s how we are designed. To be a richly diverse species who co-exist harmoniously. And that’s the way it should be. That is what humanity is all about. To accept all, not despite the differences, but because of the variety it brings to existence. Because we are all one essentially. From our similarly functioning bodies and primary needs to our emotional states and need for connection and communication. From our habits and desires and modes of entertainment to our fears and stories of who we are. We breathe the same air, live and die on the same earth. We are all interconnected in this web of life comprising nature and her resources.

How do I accept the Other?

Often we spit out hate, blame, and judgment onto another because it’s an easy way out rather than the difficult course of actually trying to understand them. Where there is empathy, there is no room for misunderstanding. We may have no idea what the other person has gone through; this is the last thing that comes to our mind when passing comment on them. Judging based solely on our perception of them is a tricky human condition to be aware of. If I remark that you are judging so-and-so, then I have also judged you for judging so-and-so. This calls for radical kindness and a willingness to examine our own prejudices and biases, fed from our family, social environment, and the media.

Could we pause a second before speaking ill about another? Are our conclusions factually true or the gyan from social media or a gossip group? Have we unknowingly spread racist/sexist jokes or looked down upon someone based on how they seemed to be? Did we call a Muslim-neighbor terrorist? Do we still think that only the thin, straight-haired, and fair-skinned are beautiful and desirable? Did we once call that quiet classmate as attitude-wala? A pandora’s box of deep questions arise.

In our dire need to make our voices and opinions heard (and most Liked), we forget the art of listening to know. We don’t have the patience to hear out what another has to say; we listen to reply too soon or to take the discussion away from them. Heck, we hardly have the time to make deep long conversations anymore, what with the ‘Whats-up-bro?’ greet and exit we make in our loved ones’ life. Without listening, there’s no real understanding, no real connection.

How often do we discuss with another who has a differing opinion and are open to hearing their view on things? Do we hate somebody because he likes tea and not coffee? Do we ditch our friend because she supports Trump? Do we tease an acquaintance because they chose to be a vegetarian? Don’t we want to know their whys, and in turn who they really are? Might end up appreciating them, who knows.

This is a supreme skill needed in human interactions in general. Often, the tendency when we encounter a differing voice is to shut them down, call names, abuse online (cyberbullying), bombard them with our intellectual prowess or social consciousness, show off our loud loyalty to a person or group we associate with at the expense of others, etc. We often take things personally than not. It becomes a battle of who’s right and who’s wrong, rather than what’s relatively right.

Agreeing to disagree with mutual respect is manners; it’s a decency that shows we value the inter-personal connection more than our need to be right. Could we create more safe and democratic spaces where each of us (even the usually quiet ones) can share our viewpoints, try to understand other’s perspectives? Then we can modify ours to more educated and humane stances as and when necessary.

Respecting our shared and separate histories and the fact that we are all affected by world politics by virtue of existing here, the need to be informed about political correctness is important. Gone are the days when an insensitive comment be passed and you are let off. Especially with technology as a communication medium, we must take accountability for the words and opinions and images (memes) we share, anonymously or not. We cannot shrug it off if certain sections of the population are offended or their sentiments hurt by something we put out there. Big social changes and revolutions can occur with debates about what’s acceptable or not.

Also, we should have the grace to apologize if we are called out for inappropriate conduct and change our problematic stance, as the case may be. And it’s our duty to call out anyone trespassing the boundaries of political correctness, be it casual sexism, racist jokes, nepotism or other social evils.

In the end, we should be standing together in surviving and thriving. To do the best with what we have. To dream for a better future. One where ‘we’ preside over ‘I’, where collective sustenance is the goal over individual profit. The current crisis climate heralds such a future as imminent. For this, tolerance, respect, and compassion for others are virtues that we should motivate ourselves to have on a personal level. 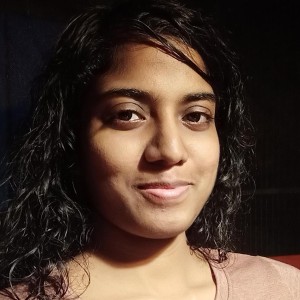 A spirited young woman, Harshitha is an aspiring artist, entrepreneur, and environmentalist. She dreams of sharing her gifts to create a just, united, and joyous New Earth where everyone is empowered from within to lead authentic lives from the heart.
PrevPreviousBREAKING BAD HABITS
NextGROWTH BEGINS AT THE END OF COMFORT ZONENext